Who is ready for summer and cute butterfly cupcakes? First, we prepare an easy, one-bowl orange-flavoured batter, and then show two ways to create adorable butterfly cupcakes. These lovely cakes are perfect for Mother’s Day, birthdays or bridal showers. You can download the printable cupcake wrappers we used at the end of this post. The cupcake wrappers feature our Belton Butterfly design and will make your bakes look extra adorable!

Check out our video tutorial to see how you can easily turn regular cupcakes into lovely butterfly cupcakes! 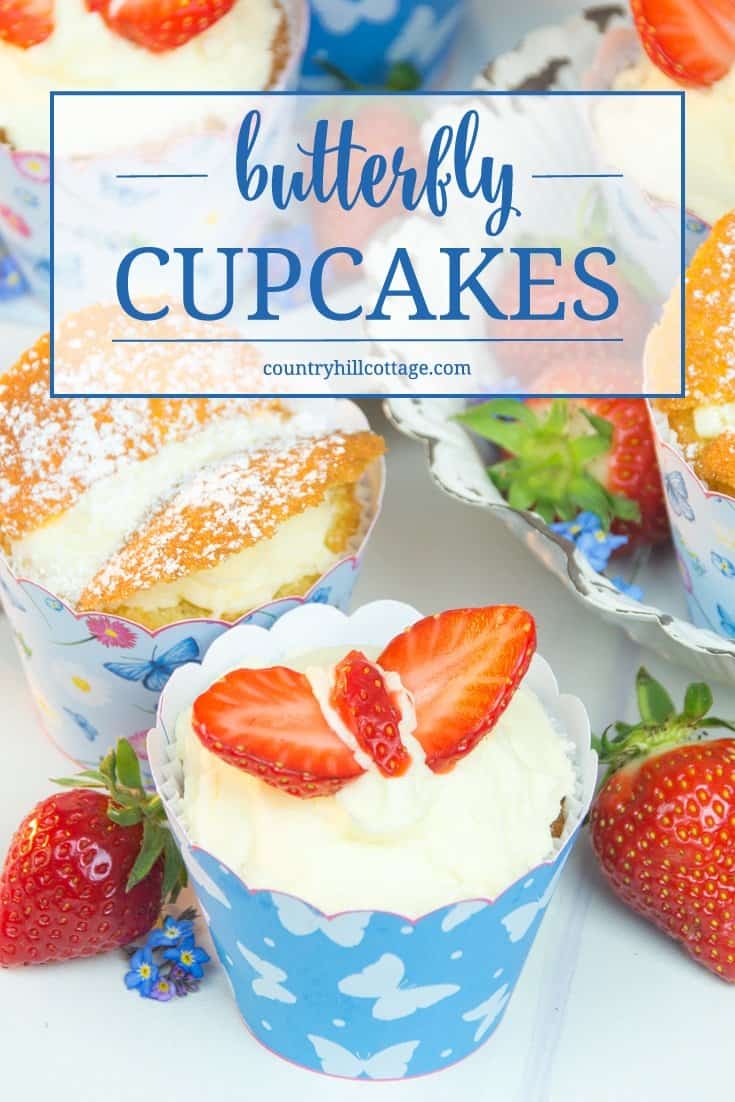 Do you enjoy baking – and let’s be real eating – muffins and cupcakes as much as we do? Then also check out these cupcake and muffins recipes! From chocolate to caramel and fruits, we have a treat for every taste: 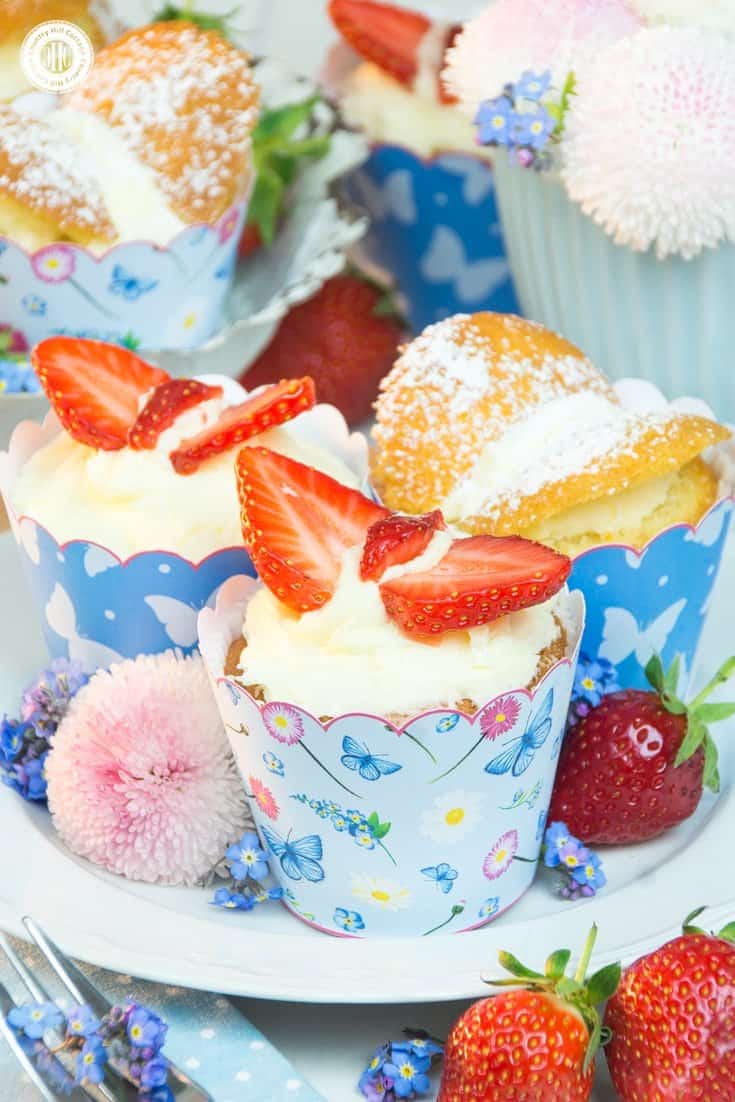 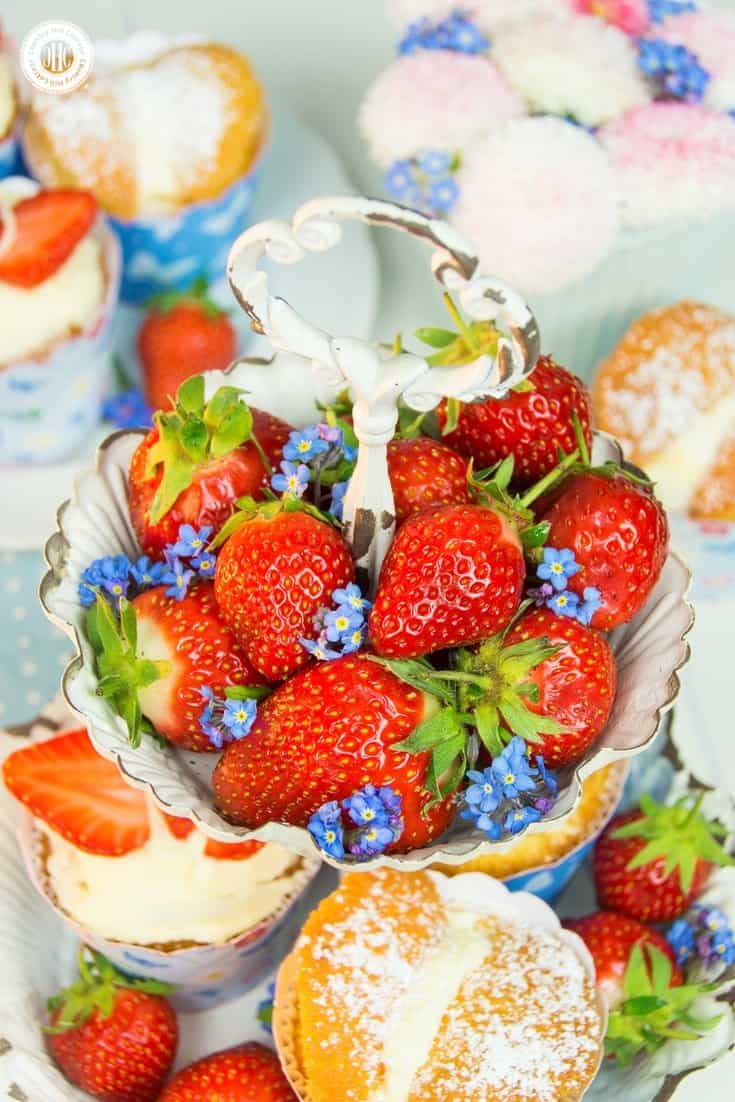 If you want to make these cupcakes even more scrumptious, use a small spoon or a melon baller to scoop out a small hole in each cupcake and fill it with strawberry jam or raspberry jam!

Sift the flour and baking powder into a large mixing bowl. Add the butter sugar, eggs, orange zest and orange juice. Mix until a combined, then distribute the batter equally into the prepared tin. Bake for 15 to 20 minutes, until the cupcakes have risen and look golden-brown. Place on a wire rack to cool for 1 hour.

Tip: We prefer mixing cupcake batter by hand to avoid overmixing, which makes the texture of the cupcakes denser and chewier. Of course, you can also use an electric mixer to prepare this step. Just be careful to stop the mixing process once all ingredients are just combined.

To make the buttercream, add powdered sugar and milk into a mixing bowl and combine on low speed. Add the softened butter and beat until light and fluffy.

For our first design, using a serrated knife to cut off the top of the cupcakes and cut each top in half. Spread a little icing on the cupcake and arrange the two cake halves to form wings. For the second design, cut two slices of a strawberry for the wings and use the offcuts to form the butterfly’s body. Place the cupcakes in our cupcake wrappers and optionally sprinkle the cupcakes with icing sugar. 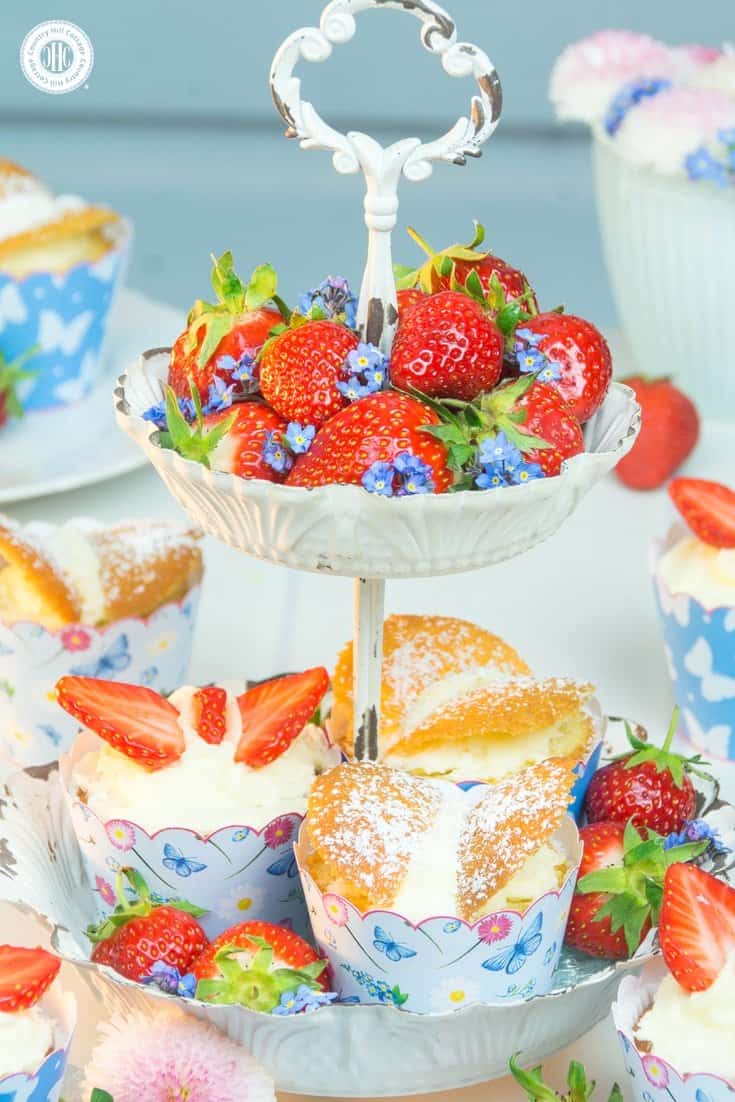 Storage and shelf life of the butterfly cupcakes

The cupcakes keep fresh for 3 days in the fridge. Allow coming to room temperature before enjoying them. 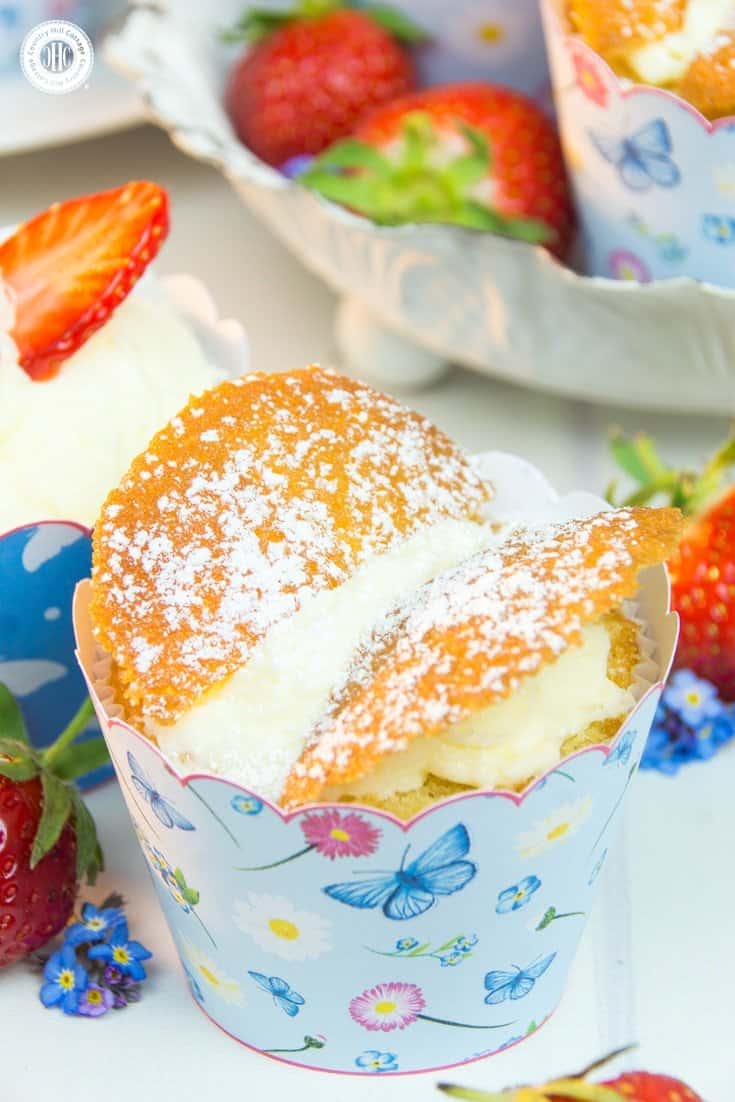 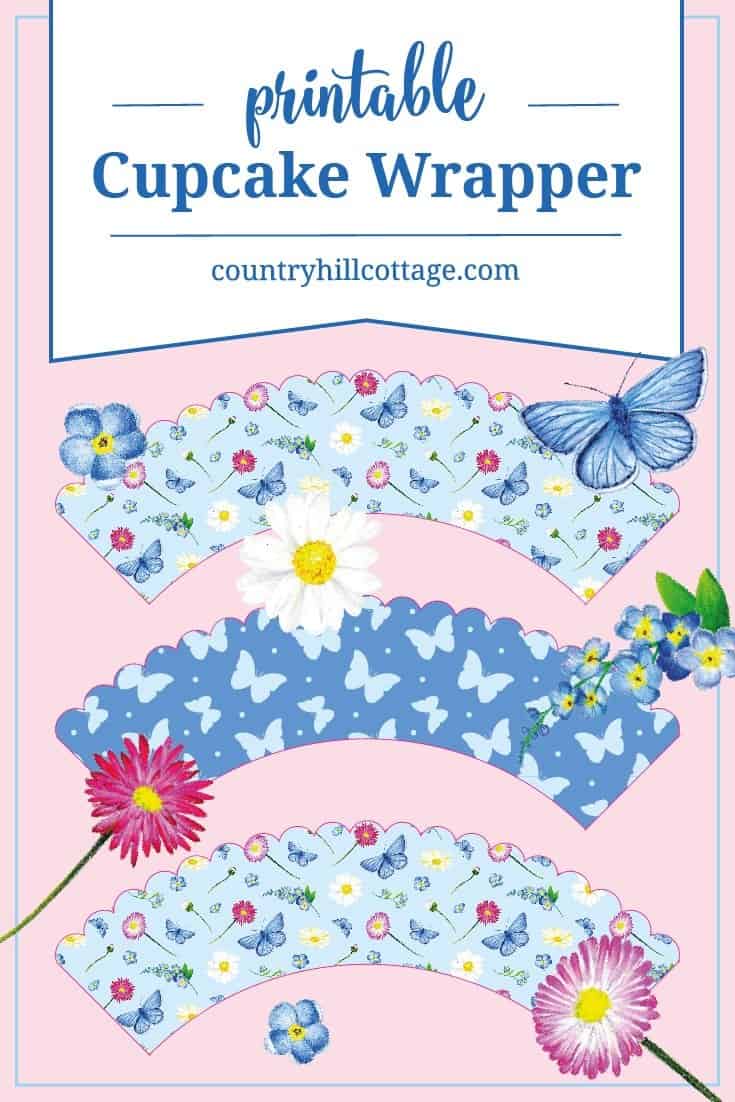 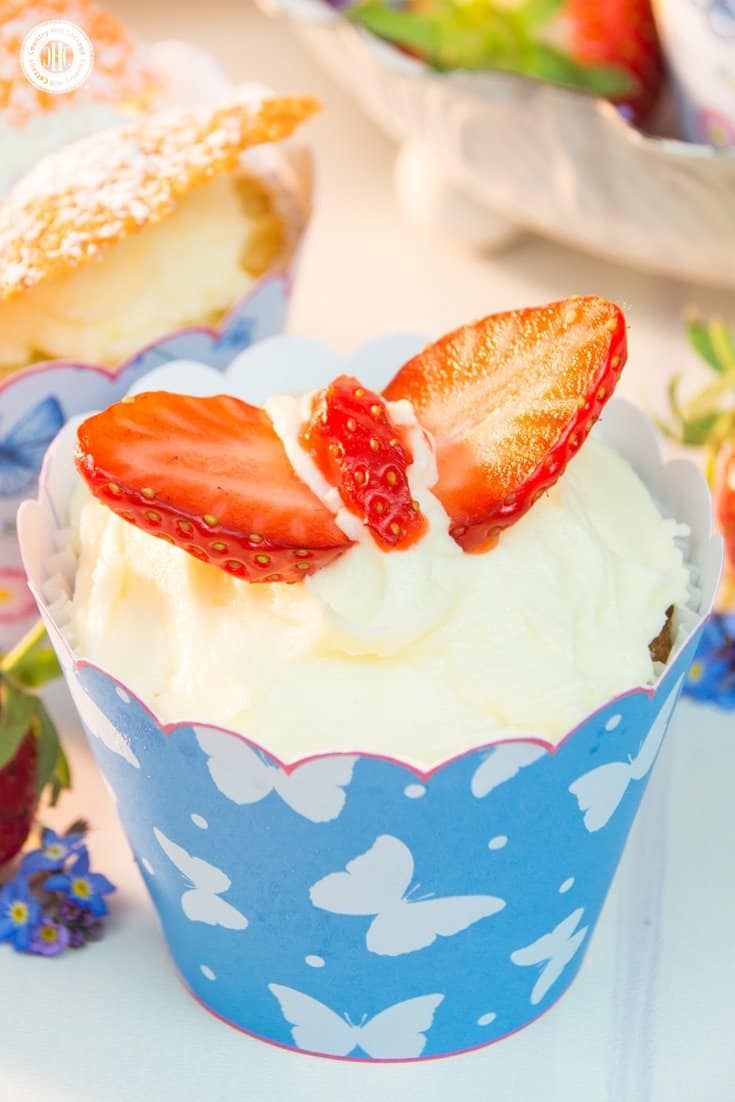