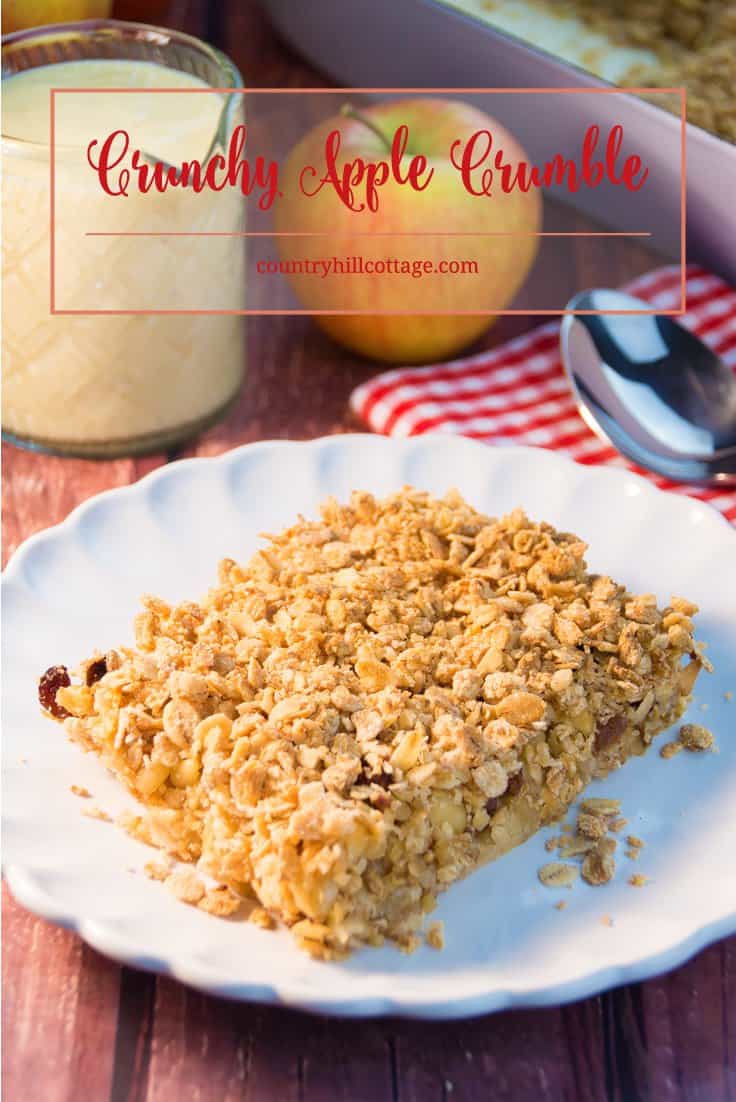 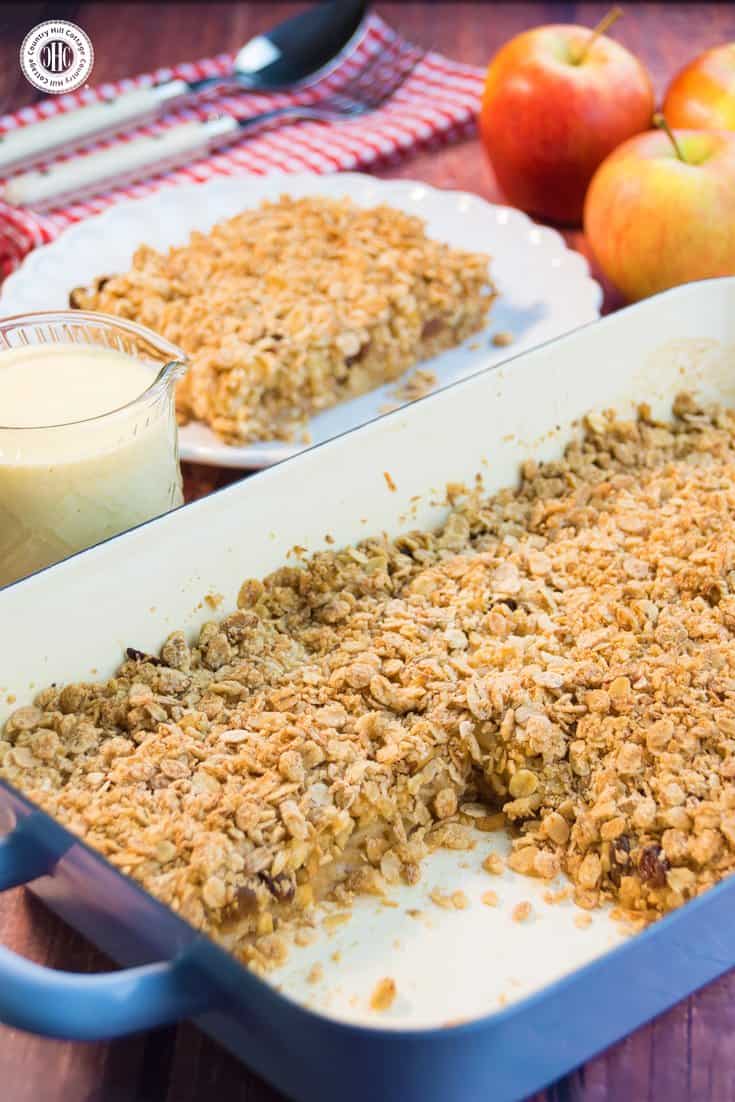 Use juicy apples such as Bramley, Gala, Pink Lady or Granny Smith. Instead of apples, you can also prepare this crumble with pears or peaches.

Tip: Replace the water with rum or brandy for a grownup version.

Grease a shallow baking or pie dish with butter. Add half of the crumbs, then add the apple mixture and top with the remaining crumbs. Bake for 40 to 45 minutes, until the top layer is golden brown.

To make this crunchy apple crumble vegan, replace the butter with vegan shortening or margarine. 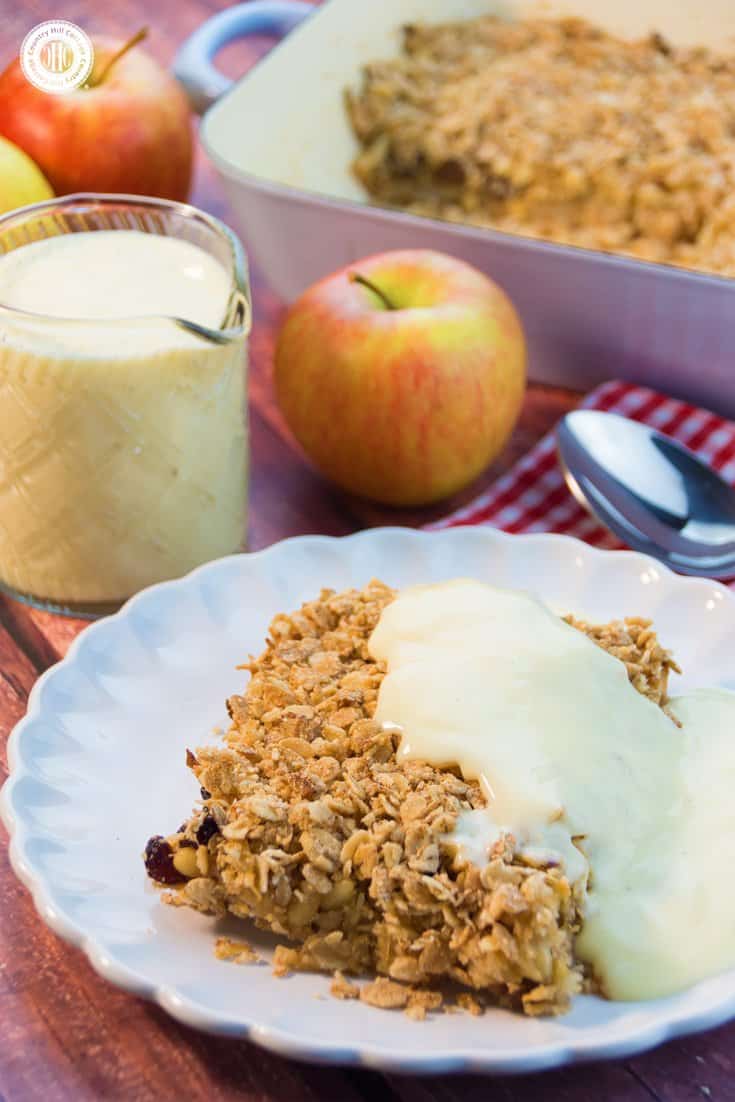 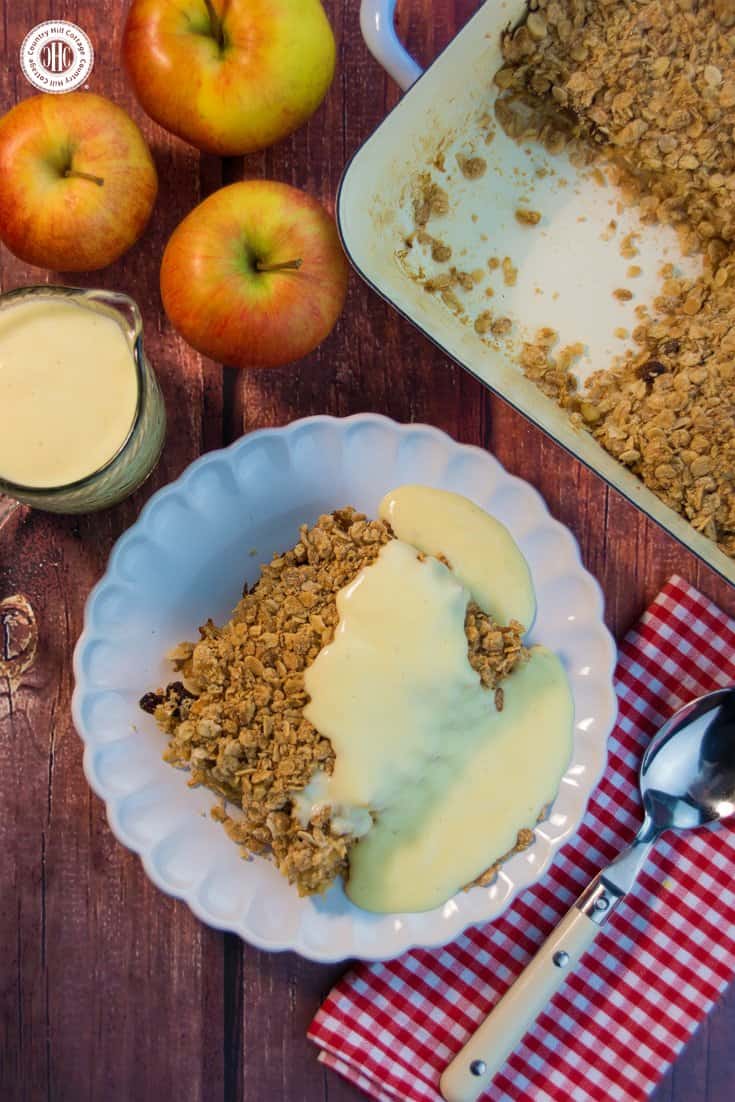