Indulge in Christmas flavours with our delicious honey almond cupcakes! The cupcakes are made with honey-roasted almonds, a generous pinch of cinnamon, and cream cheese to keep them moist. We decorate the cupcakes with edible pine cones and spruce branches, and also show a technique to emboss the sugar paste circles with a beautiful pattern. The cupcakes look stunning served in our free printable cupcake wrappers from our Winter in the Woods holiday collection, the download link is in the video description.

Nothing better than warming up with a hot cuppa and our honey almond cupcakes! Watch the video tutorial for the step-by-step recipe.

Want more delicious Christmas baking recipes? Of course you do! Click on the links below for more sweet treats and bakes: 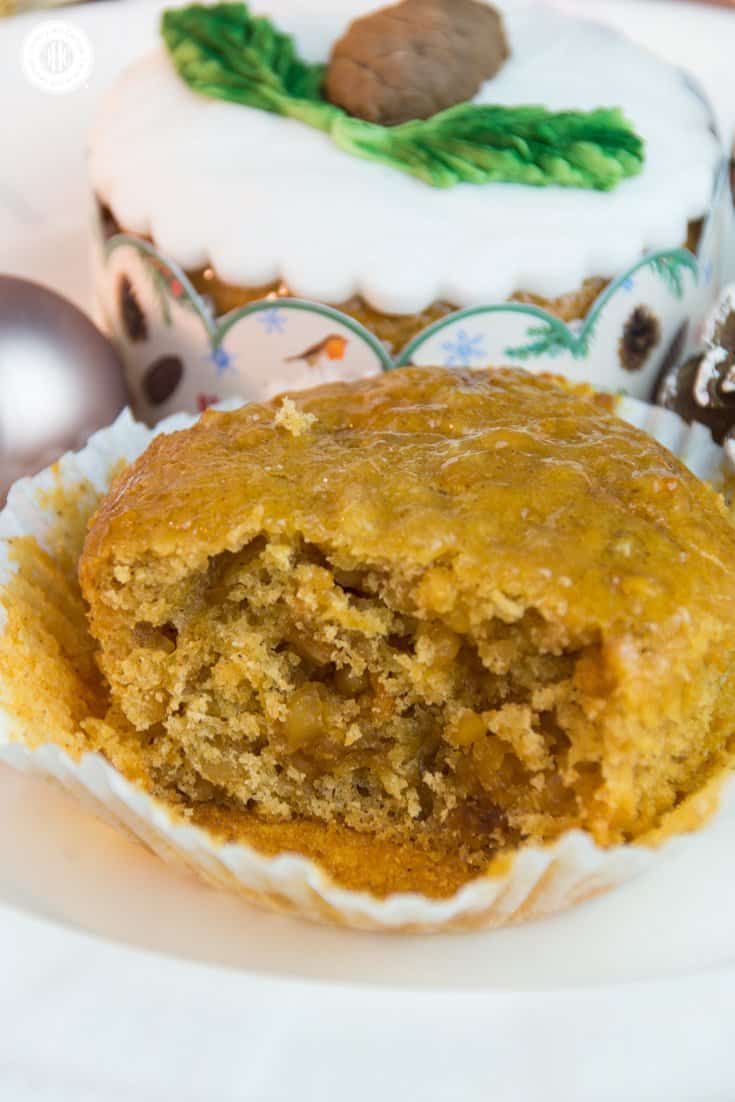 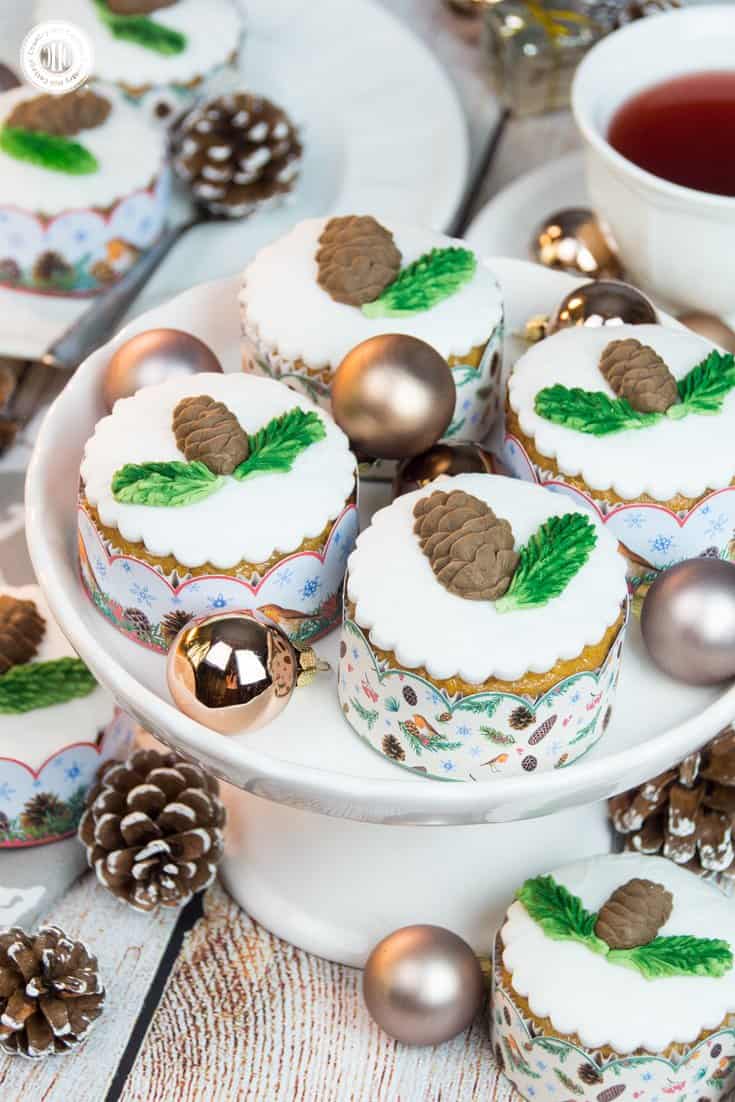 For chocolate honey almond cupcakes, replace 2 tbsp of flour with 2 tbsp unsweetened cocoa powder and prepare the cupcakes as described in the recipe. 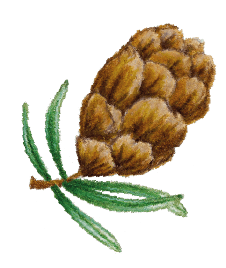 To make the decorations, lightly grease a pine cone mould. Roll small amounts of brown and green sugar or flower paste into smooth balls and press firmly into the mould. Release the cones and branches and let dry for several hours or overnight. We gave the branches a more depth by brushing them with green petal dust.

Add the almonds and honey into a heavy-bottom saucepan and roast on low to medium heat until the almonds look golden, for approximately 5 to 8 minutes. Stir constantly, so the nuts don’t burn. Set aside.

Preheat the oven to 180 degrees Celsius, which is 350 degrees Fahrenheit or gas mark 4, and line a twelve-hole cupcake tin with cupcake cases.

In a large mixing bowl, cream together the softened cream cheese, brown sugar, salt and melted butter. Add the eggs and orange juice and mix to combine. Proceed by adding the flour, baking powder, ground cinnamon, and roasted almonds. Mix the batter for 1 to 2 minutes, until all ingredients are well combined.

Fill the cupcake liners 2/3 to 3/4 with batter. Bake for 18 to 20 minutes, until the cupcakes have risen and look golden-brown. Place on a wire rack to cool for 1 hour.

Knead white sugar paste, which is the same as fondant, until soft and pliable. Roll the paste on a very lightly greased silicone mat to a thickness of 6 millimetres or one-quarter of an inch. Optionally, place a damask cake stencil on the sugar paste and firmly roll over with the rolling pin, which will emboss the design and create a beautiful effect. Using a round scalloped cookie cutter, cut out circles large enough to cover a cupcake.

Glaze each cupcake with a thin layer of apricot jam and top with a sugar paste circle. Brush the back of a cone and branch with a small amount of water and arrange on the cupcake. It’s best to decorate the cupcakes close to the time they are served and not store them in the fridge, so the sugar paste doesn’t melt. 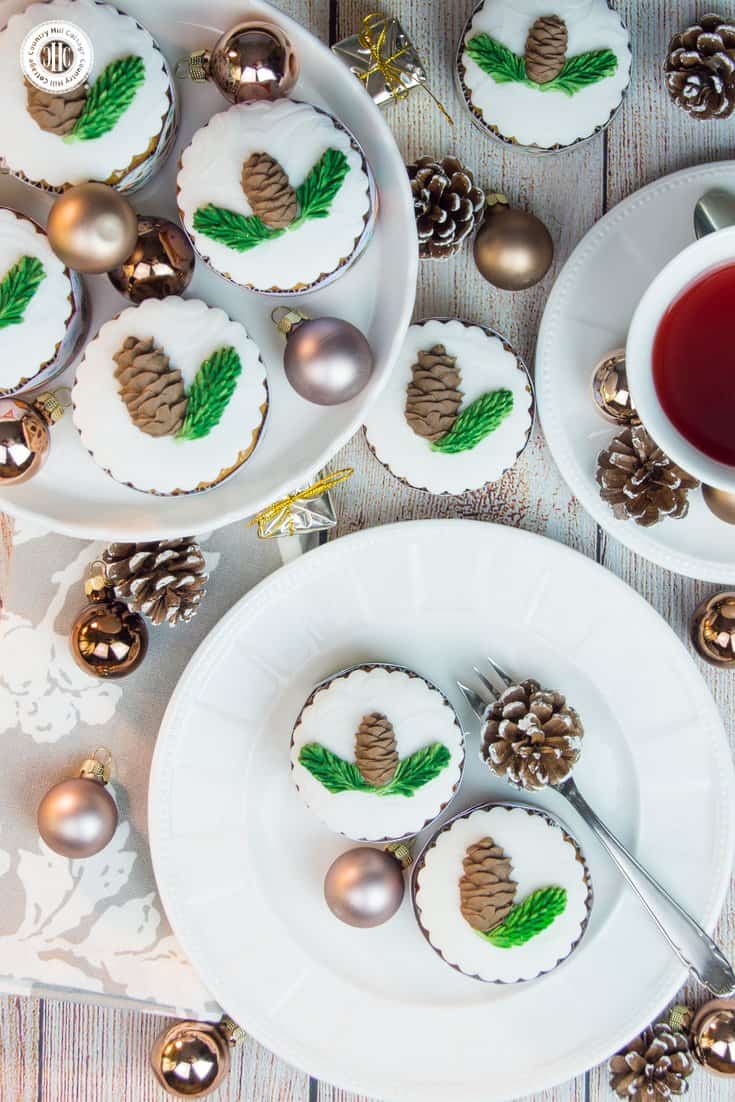 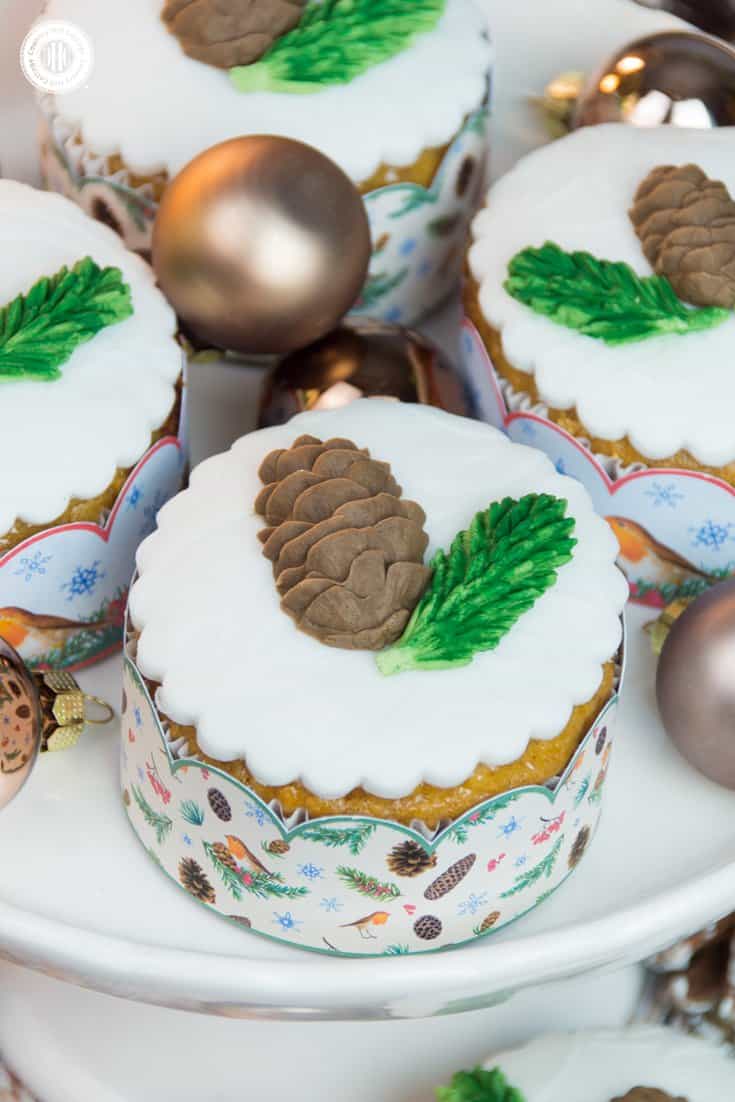 Print and assemble the cupcake wrapper

Print the cupcakes wrappers on DIN A4 (210 mm x 297 mm) or letter-size (8.5 in x 11 in) cardstock or photo paper. Cut out the wrappers along the grey line. To assemble the cupcake wrappers, fit a wrapper around undecorated cupcakes and glue the ends of the wrapper together with double-sided tape. 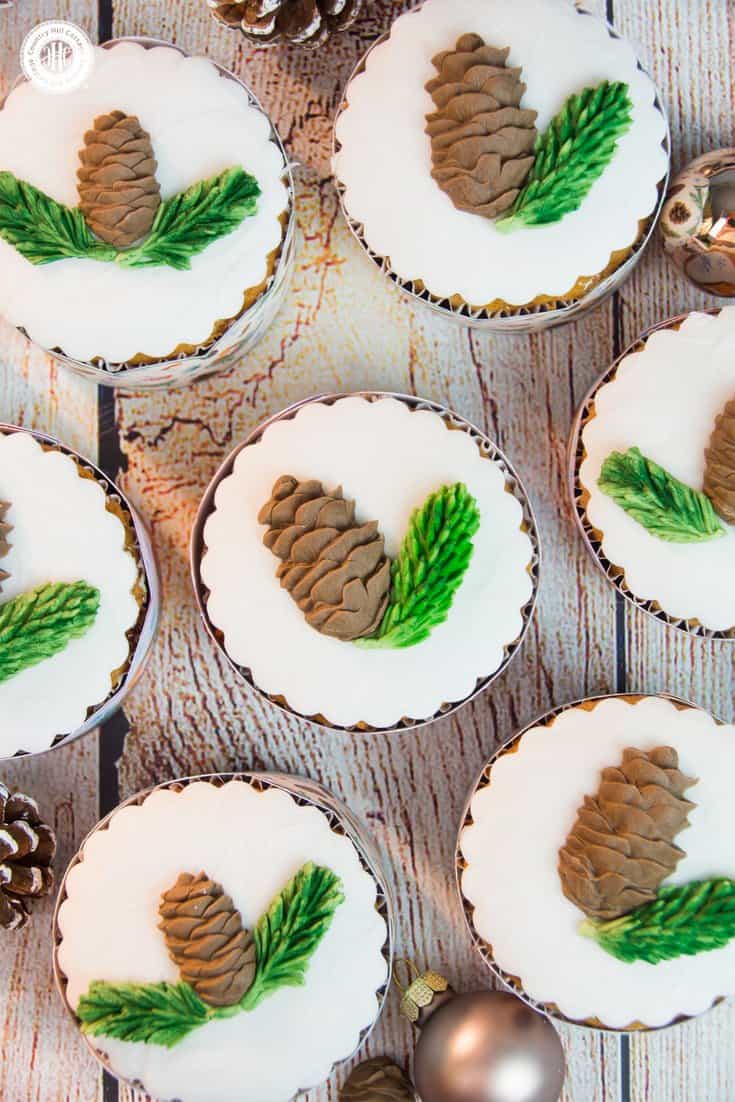 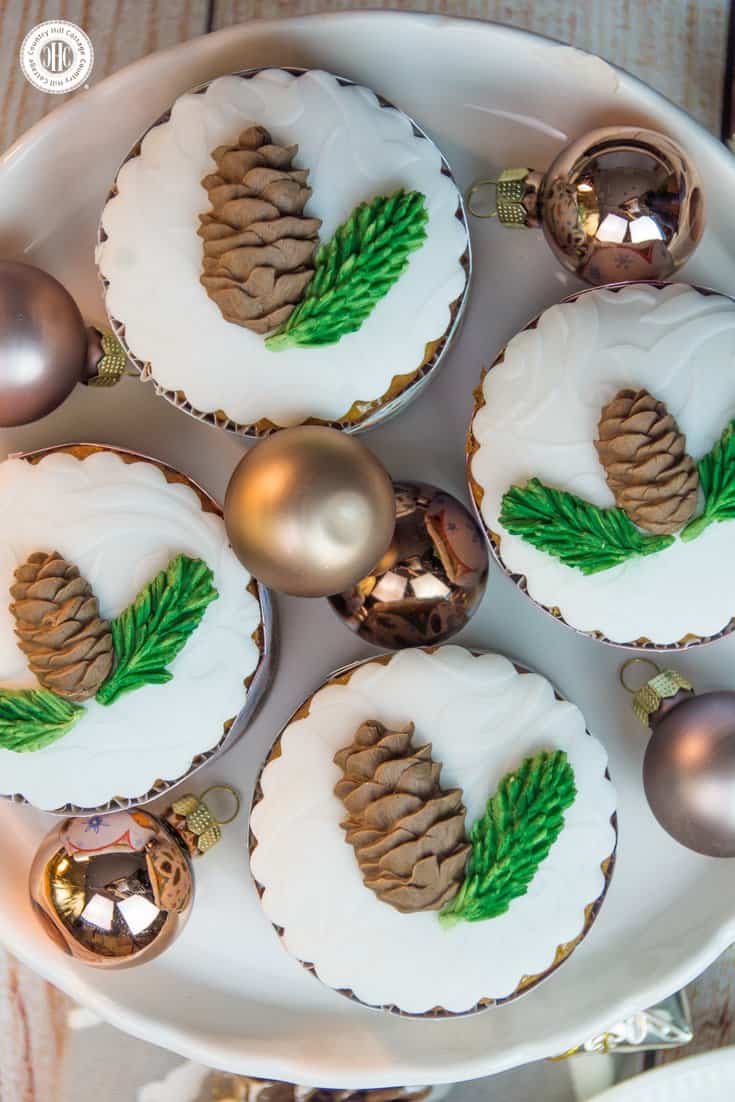 Click on the button to download your free printable cupcake wrapper to serve the honey almond cupcakes in style!